Nick Redfern’s latest effort at deriving truth from within the corridors of government and other bureaucratic constructs involved the National Aeronautics and Space Administration: NASA.

His book, The NASA Conspiracies: The Truth Behind the Moon Landings, Censored Photos, and the Face on Mars, [New Page Books, Pompton Plains, NJ], is replete with information readers will think they are familiar with but will find out they are not.

Mr. Redfern’s forte isn’t just ferreting news from FOIA documents. He actually has accumulated first-hand information, via face-to-face interviews with persons privy to the inner workings of NASA, the military, and other relevant agencies – insiders.

He has done this again for his NASA book, with a fellow named John, from Bloomington, Minnesota about Area 51 (page 57 ff.), Nick Pope, former U.K. Minister of Defense staffer about contactees, et cetera (Page 97 ff.), Matthew Williams, an investigator with the U.K.’s Customs & Excise Agency about crashed UFOs in the Britain (Page 125 ff.), and a NASA employee with NASA’s Public Affairs office about the Gary McKinnon affair (Page 199 ff.).

Mr. Redfern also offers a kind of paean to Sci-Fi writer and UFO maven Mac Tonnies, who died recently but left a legacy of hypothetical thought that is unique and provocative, about the so-called Face on Mars (Chapter 9, Page 101 ff.) and cryptoterrestrials, a concomitant, hidden Earthian civilization that interacts with human beings who share this planet with “them.”

His ruminations about the Space Shuttle and NASA’s astronauts, some of whom who are believers in extraterrestrial visitation, offer grist to those who believe that the UFO phenomenon is ET oriented.

But most of all, Mr. Redfern confirms for the rational observer that NASA and other U.S. agencies (such as the CIA and FBI) harbor secrets that would be explosive if revealed.

The NASA Conspiracies is a must-read for those who would like a heads-up on the agency that is at the fore-front of our Space exploration and efforts, including the next trips to the Moon and Mars (and beyond).

What does NASA know now, and how would that “secret” information, if made public, impact humanity, and human civilization? Mr. Redfern gives readers some insightful clues.

Mr. Redfern’s book may be had via Amazon.com or from Career Press, Inc., 220 West Parkway, Unit 12, Pompton Plains, NJ 07444 (careerpress.com or newpagebooks.com).
Posted by The Reynolds Group at 11:30 AM No comments: 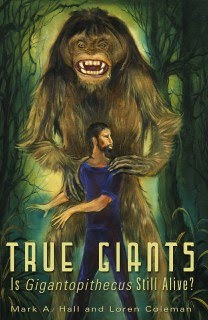 Click here to read Mr. Redfern's review
Posted by The Reynolds Group at 10:33 AM No comments: 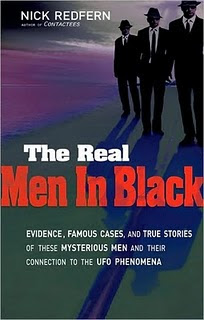 Nick Redfern's book on the Men in Black phenomenon will appear in May 2011.

Click here for a preview of the pending publication.
Posted by The Reynolds Group at 1:03 PM No comments: